For whatever reason you might need to build, modify or adapt the existing waste system, it is a good idea to understand how it works before you start working or laying new pipes. Drains, manholes and sewers are usually jobs undertaken by ground workers with experience because everything is underground. Get it wrong and it will be expensive to repair any mistakes made. A very interesting video was released by Thames Water in order to raise awareness among Londoners.
Thousands of people suffer the misery of blocked water drains and sewers each year caused by unsuitable products, including wet wipes and sanitary items, going down the drain.
http://www.youtube.com/watch?v=th4g8MzTztA
Keep in mind that the sewers in London were originally built in Victorian times and not designed to cope with the population that is today.

If you live in London, your house should be detached, semi – detached or terraced. And that means, you are sharing the same sewage with everyone in London. In a dubious but amusing way, every single WC or drain, is connected in the true sense of the word. More or less, this is how it works.

In London, these days, there is an attempt to separate the clean water from the dirty water by using surface drains or rain water drains where possible.
The manhole acts as a chamber along the drain pipe and it happens very often that properties or houses situated at the end or beginning of the terrace line of houses are the ones with most blockage problems or backup drains and manholes. 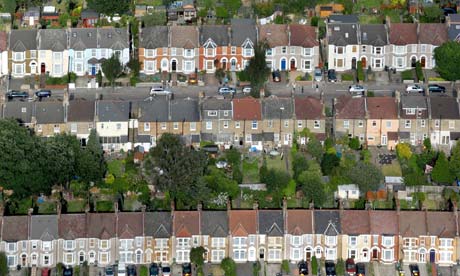 In fact, the problem lies with the position of the manhole, if the property is first on the row and the main waste pipe gets blocked, there will be not enough pressure building up inside the pipes to push the blockage naturally. If the property is at the end of the terrace row, and the sewer gets blocked, the manhole will be the first to overflow.

The main reason for that is gravity, all the liquid waste works based on gravity and you can easily imagine that the bottom or the the lowest point inside a pipe that is not leveled, will fill up first. So, in case you have arguments with the neighbours regarding who will pay for the emergency plumber or drain cleaners, keep in mind that problem can be a very shared terrace row blockage. Then again, most drains are very old, Victorian clay pipes and it happens very often that parts of the pipes would simply collapse, and this is a very common cause for blockages in London.

Of course, Thames Water or Thames Valley will ask its customers to focus more on what you pour down the drain. In the bathroom or in the kitchen.

You cannot switch your water supplier.